“The essence of mathematics is not to make simple things complicated, but to make complicated things simple.” —S. Gudder

I was collecting bottle caps for some yet to be determined use when I started to think about going “back to school”. Visions of reading, science, social studies, and math danced inside my brain. Then this activity danced right in and took a bow. I tried it out and realized that I had a winner – a fun way to practice math facts using recycled materials. 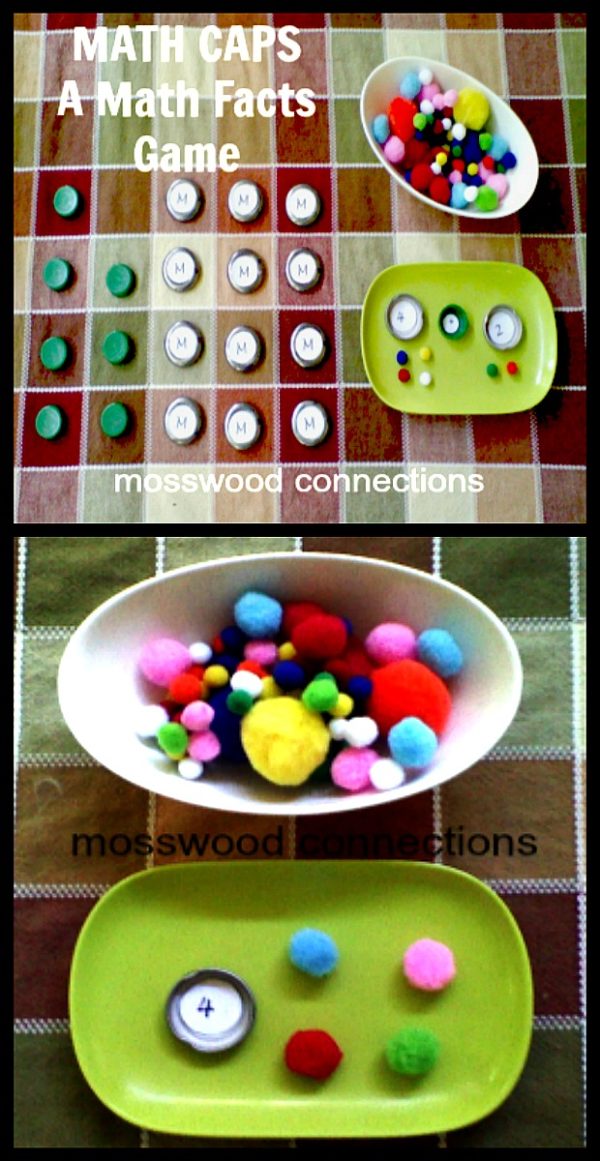 Instructions for this math facts game:

Either cut out circles with numerals 1-9 and +, -, X written on the circles or use a permanent marker to write the numbers and equation signs inside the bottle caps. I had the kids help cut out and glue to add in fine motor skills and to keep them involved.

Lay the bottle caps with numerals on a surface with the numerals hidden. Choose a cap. Take as many pom poms (or whatever item you have; beans, rocks, etc.) to match the number you chose.

For this game, first, choose an equation bottle cap. For beginners, start with addition and add in subtraction and multiplication as skills are acquired. Then choose 2 numeral bottle caps. The other player does the same. Whoever has the highest sum or product wins that many pom poms or if you don’t have small items to win then they would win a point.

You could also use this as a number memory game. Simply make two of each numeral and play a memory matching game.

Use larger bottle caps. Write an equation in one cap and the corresponding number on another cap. Play a memory matching game. 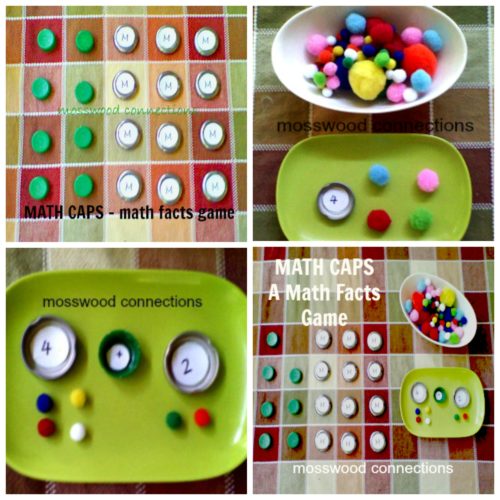